General Motors Co. leveled the new allegations while asking U.S. District Judge Paul Borman to reinstate the automaker’s civil racketeering lawsuit against FCA. Borman dismissed the case last month that accused Fiat Chrysler’s late CEO, Sergio Marchionne, of orchestrating a bribery conspiracy to corrupt three rounds of bargaining with the UAW. The conspiracy was designed to harm and take over Detroit’s largest automaker, according to the lawsuit, which said GM lost “billions” of dollars.

GM investigators discovered evidence of offshore bank accounts in Switzerland, Luxembourg, Liechtenstein, Italy, Singapore, the Cayman Islands and other countries, according to the filing.

“As we have said from the date the original lawsuit was filed, it is meritless,” Fiat Chrysler said in a statement. “The court agreed and dismissed GM’s complaint with prejudice. FCA will continue to defend itself vigorously and pursue all available remedies in response to GM’s attempts to resurrect this groundless lawsuit.”

Ron Gettelfinger retired as president of the UAW in 2010 after two terms. (Photo: David Coates, The Detroit News)

For the first time, GM lawyers accuse current Fiat Chrysler executives — including top labor negotiators — of controlling access to a secret network of overseas bank accounts and funneling bribes to Gettelfinger and other UAW officials. The lawsuit portrays UAW leaders as financially savvy schemers who had access to foreign bank accounts, a portrayal at odds with the union’s attempts to position its leaders as blue-collar workers dedicated to serving their brother and sister workers.

“New facts about the direct harm FCA caused GM have come to light and they are detailed in our amended racketeering complaint,” GM said in a statement. “These new facts warrant amending the court’s prior judgment, so we are respectfully asking the Court to reinstate the case.”

The allegations provide new fodder for an ongoing federal crackdown on corruption within the U.S. auto industry that has led to 14 convictions, including one former union president, two UAW vice presidents, a union widow and Fiat Chrysler Automobiles executives.

“The UAW is unaware of any allegations regarding illicit off-shore accounts as claimed this morning by GM ‘on information and belief,’ nor has the U.S. Attorney’s Office, or anyone else, ever raised this type of allegation with the UAW,” the union said in a statement.

It added the alleged payments and the existence of such offshore bank accounts would be a violation of the responsibilities of anyone in UAW leadership: “If GM actually has substantive information supporting its allegations, we ask that they provide it to us so we can take all appropriate actions.”

GM lawyers supported the case with details from convictions of three former FCA executives who pleaded guilty to bribing UAW officials with funds designated for training blue-collar workers. GM says it lost “billions” from the arrangement that it says cast onto the company higher labor costs. Fiat Chrysler has called the allegations “groundless” and a response to its intentions to merge with French automaker Groupe PSA, maker of Peugeot and Citroën vehicles.

Borman last month dismissed GM’s case against Fiat Chrysler. Civil racketeering suits require the conspiracy to directly harm the plaintiff. But UAW members were the direct victims of the bribes because they were paid less, Borman wrote, not GM, which suffered only indirect competitive harm.

Borman’s decision came after an appeals court overturned his order requiring the companies’ CEOs meet within a week, discuss the issue in person and report on their conversation to the judge.

GM is precluded from trying to reinstate the lawsuit unless the automaker’s legal team finds new information or can point to legal errors. The federal court filing Monday covers both of those issues.

“This previously hidden network of accounts, utilized by defendants and controlled in part by individuals purportedly acting on GM’s behalf, reveals a magnitude of bribery and illegal activity specifically targeting GM that was not previously known or reasonably knowable,” GM lawyer Jeffrey Lamb wrote in the filing.

“The existence and use of these foreign accounts have never come to light publicly and by their very design were intended to remain secretive from criminal investigation,” GM’s lawyer wrote.

In the filing, Ashton is portrayed as a particularly pivotal figure in helping harm GM. He served as UAW vice president and director of its GM Department before being appointed in 2014 to GM’s board of directors as a representative of the union’s retiree health care trust.

Ashton was acting clandestinely on Fiat Chrysler’s behalf while working inside GM’s boardroom, according to the filing. The Detroit automaker’s lawyers say he maintained at least one account in the Cayman Islands while Fiat Chrysler was making illegal payments to UAW leaders.

“This newly discovered evidence supports additional inferences regarding Williams’ decision to place Ashton on GM’s Board,” the GM lawyer wrote.

Ashton, who couldn’t be reached Monday, is awaiting a federal prison sentence after pleading guilty for his role in the scandal. Williams has not been charged with wrongdoing during the ongoing investigation.

The allegations are the first time Gettelfinger has been mentioned in regards to the scandal. Gettelfinger — a veteran labor leader who helped steer the UAW through the Great Recession and bankruptcies of GM and Fiat Chrysler — helped preserve a conspiracy to harm GM by ensuring corrupt leaders, including Williams, maintained power within the union, according to an amended version of the GM lawsuit filed Monday.

Gettelfinger received bribes through foreign accounts he controlled, according to the lawsuit. The accounts “apparently exist in Panama and Switzerland in his name and the name of a family member.” Attempts to reach Gettelfinger on Monday were unsuccessful.

The allegations against Gettelfinger would be shocking, if true, said Art Wheaton, an automotive industry specialist at Cornell University’s Industrial and Labor Relations School. “He is very much known as a square or straight arrow. He didn’t drink, didn’t smoke, didn’t gamble.”

The lack of such vices often helped at the negotiating table, he noted, allowing for talks to continue late into the night and start early in the morning. Gettelfinger also was known for getting the union’s finances in order and making cutbacks amid trying times for Detroit’s automakers.

Wheaton recalled teaching a joint labor-management program at the UAW’s Black Lake Conference Center in northern Michigan. When Gettelfinger came into the classroom to speak, he noticed some data Wheaton was discussing. Gettelfinger briefly left to doublecheck the math.

“He struck me as being very genuine in terms of the leaders,” Wheaton said. “He was not necessarily the most fun at a party, but he was the right persona at the right time for the UAW.”

Several Fiat Chrysler officials also oversaw payments to the offshore accounts and helped hide the alleged conspiracy, according to GM. They include:

• Iacobelli, who is serving a 5 ½ year federal prison sentence. He controlled millions of dollars held in accounts in Switzerland, Italy, Liechtenstein, and Singapore. He controlled the accounts through family and an undisclosed corporate entity, the lawsuit alleged.

• Former Fiat Chrysler Director of Labor Economics Colin Lightbody, who retired in 2018. The lawsuit alleged: “FCA NV provided Lightbody with control over a Luxembourg financial account to pay for his role in executing and covering up the scheme.” Lightbody did not respond for comment Monday.

“For her role in executing and covering up the scheme, FCA NV provided her with control over financial accounts in at least Luxembourg and Switzerland,” according to the lawsuit.

• Peter Glenn Shagena, vice president of employee relations for FCA North America, who last year oversaw contract negotiations with the UAW. Shagena helped facilitate bribery of UAW leaders and was paid to ensure he did not reveal the conspiracy, according to the lawsuit.

“This compensation,” the lawsuit alleges, “included funding one or more financial accounts for Shagena in one or more Swiss financial institutions.” Fiat Chrysler did not provide comments when asked about Knoll and Shagena and instead referred back to its earlier statement.

For autoworkers, the claims are another reason for their frustration and what they feel could be another nail in the coffin of their union as it stands.

John Barbosa, a 49-year-old team leader at Fiat Chrysler’s Dundee Engine plant, lamented the influence the automakers have had on the union since the creation of joint training programs in the 1980s: “It has turned the Solidarity House into nothing more than a company union. They just open the door for cooperation with the company instead of standing up and defending the rights and benefits of the workers.”

“These billion-dollar corporations are always bribing to avoid their fair share of taxes, and then they put it on the workers,” Barbosa said.

Kenneth Larew, a 46-year-old line worker at General Motor Co.’s Spring Hill Assembly plant in Tennessee, added: “You hear more about how our leaders have let us down; it is imperative we do everything we can to reform the UAW, whether it’s helping the government or doing everything ourselves.”

Tue Aug 11 , 2020
Top 20 automotive trends for 2020 and beyond getty I usually begin the year with a roundup of the top automotive trends for the upcoming year. Not this year though. If anything, the Covid crisis has completely overturned every prediction and projection made at the beginning of 2020.  In the […] 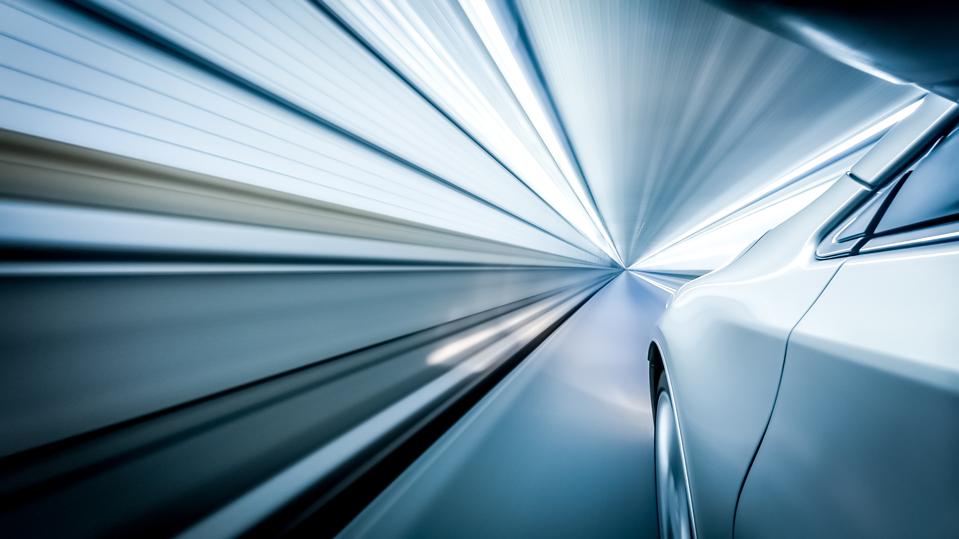