Hundreds of people stole from stores and clashed with police in Chicago after officers shot and injured a man during a confrontation.

Police in Chicago said 100 people were arrested and 13 officers were injured after hundreds smashed windows, stole from stores and clashed with police early Monday in Chicago’s Magnificent Mile shopping district and other parts of the city’s downtown.

About 400 officers were dispatched to Chicago’s downtown area after seeing posts on social media encouraging a “caravan” of cars to engage in looting, Chicago Police Department Superintendent David Brown said at a news conference Monday.

At one point, shots were fired at police and officers returned fire. No officers were wounded by gunfire, but Brown said a security guard and a civilian were hospitalized in critical condition after being shot.

Brown said the social media posts appear to have been prompted by an incident earlier in the day in which police officers wounded a 20-year-old man with a long criminal history who shot at them. A Facebook video later circulated falsely claiming police had shot and killed a 15-year-old boy.

“This was not an organized protest. Rather, this was an incident of pure criminality,” Brown said. “This was an act of violence against our police officers and against our city.”

Along the Magnificent Mile, people were seen going in and out of stores carrying shopping bags full of merchandise and also running out of a bank that had its windows smashed, the Chicago Tribune reported, and as the crowd grew vehicles dropped off more people in the area.

Glass is shattered in the Nordstrom store after a riot occurred in the Gold Coast area of the city early in the morning of Monday, Aug. 10, 2020 in Chicago. Hundreds of people smashed windows, stole from stores and clashed with police in Chicago’s Magnificent Mile shopping district and other parts of the city’s downtown. (Photo: Jose M. Osorio, Chicago Tribune via AP)

One officer was seen slumped against a building and a rock was thrown at a police vehicle, the newspaper said. Police worked early Monday to disperse the crowds.

Brown said a heavy police presence is expected in the downtown area and a special team of investigators will examine hours of footage from Sunday night and pledged “to pursue these offenders to the fullest extent of the law.”

“This is not legitimate First Amendment protected speech. These were not poor people engaged in petty theft to feed themselves and their family,” she said. “This was straight-up felony criminal conduct.”

Lightfoot said the city has activated a neighborhood protection program that will be in place “for foreseeable days until we know our neighborhoods are safe.” Travel restrictions in and out of downtown were imposed after the incident and eased later in the day, but were to be in place again from 8 p.m. Monday until 6 a.m. Tuesday. With a major storm approaching the city, there figure to be few people out on the streets anyway.

Lightfoot said she had talked early Monday with Illinois Gov. J.B. Pritzker and they agreed there was no need to call in the state’s National Guard.

She also sent a clear message to President Donald Trump that his intervention was not welcome. Trump has criticized the city’s handling of increased levels of gun violence, which resulted in more homicides in July than any month in decades, and last month sent federal agents to Chicago in what was called an anti-crime initiative.

“No, we do not need federal troops in Chicago. Period. Full stop,” Lightfoot said. “I’m sure the president will have his way with this incident, but I’m calling upon him to do the things that we do need. We need common-sense gun control.’’

Brown suggested that lenient treatment in Chicago to those engaged in criminal activity during the protests that followed the George Floyd police killing in Minneapolis may have emboldened the looters and vandals Monday morning.

Lightfoot was also critical of the limited prosecutions by Cook County State’s Attorney Kim Foxx, who defended herself, saying, “Those cases are coming to court now.”

Videos of the vandalism showed large groups of people ransacking stores and loading merchandise into vehicles, pulling cash registers and even teller machines out of shops.

Brown said the unrest, which began shortly after midnight, was sparked by a shooting in the city’s South Side hours earlier. Officers responded to a reports of a man with a gun and the 20-year-old suspect fled and pointed a weapon at police. Officers returned fire and struck the suspect, who Brown said is expected to survive.

“After this shooting a crowd gathered on the South Side,” he said. “Tempers flared, fueled by misinformation as the afternoon turned into evening.”

More than an hour after the shooting, police and witnesses said the crowd faced off with police after someone reportedly told people that police had shot and wounded a child. That crowd eventually dispersed.

In Portland, a riot was again declared by authorities Sunday night in Portland when protesters marched to a police union building, blocked a road and set dumpster fires as officers continue to try to quell nightly unrest in Oregon’s largest city.

The protest was broken up almost as soon as it formed outside the Portland Police Association building – the same building where protesters were dispersed after a fire was started inside the union’s offices the night before. Demonstrators had marched to the building from a nearby park. The road was blocked with fencing, and flames were seen rising from dumpsters in the middle of the street.

Police began forcing the crowd of a couple hundred away from the building. While demonstrators were being dispersed, commercial-grade fireworks were thrown at officers, injuring two, police said. The department released photos of the officers’ injuries, including a photo of a face covering that “partially melted” from the firework. The officers were treated at the scene.

In Colorado, 10 people were injured Sunday after a gunman apparently opened fire on a family gathering in a small park south of downtown Denver.

Denver police asked for the public’s help in identifying the shooter. Investigators said it appeared the drive-by shooting was unconnected to the family gathering and occurred shortly before 5 p.m. None of the victims appeared to have suffered life-threatening injuries, police said.

In Washington, D.C., a dispute that erupted into gun fire during a large outdoor party early Sunday left one person dead and some 20 others injured, including an off-duty officer “struggling for her life,” according to police.

Christopher Brown, 17, died in the shooting that occurred after midnight in a southeast side neighborhood where people had gathered for music and food, Peter Newsham, the chief of the Metropolitan Police Department, told reporters.

“There was some kind of a dispute,” Newsham said. “Multiple weapons were produced.”

District of Columbia Metropolitan Police Department Chief Peter Newsham is shown at a previous press conference. Newsham said Christopher Brown, 17, died in a shooting that occurred after midnight in a southeast side neighborhood of Washington, D.C., where people had gathered for music and food. (Photo: Manuel Balce Ceneta, AP)

Police said at least three shooters may have been involved, though no arrests were immediately announced. Newsham said a motive for the shooting wasn’t clear.

Summer training, mistakes to avoid and advice from the expert

Wed Aug 12 , 2020
Better to vary the fitness routine and train in moderation: here are the precautions to follow for a correct workout Courtesy of © gradyreese / iStock There are those who have postponed the appointment with sport to September and those, however, despite the heat, continue to train. But be careful […] 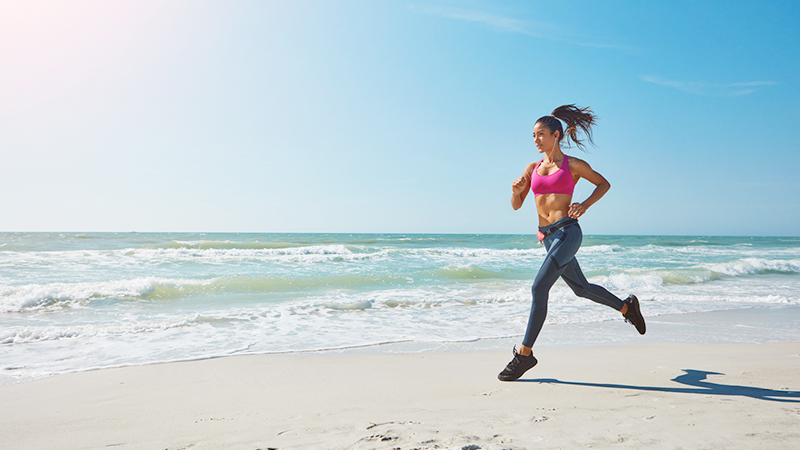