For a few seconds, it seems real. A Cessna 172 Skyhawk flying low over a rural landscape dotted with fields and farmhouses, a copse of tall trees casting shadows over the swaying grass, a winding country lane. Then, on the horizon, the landscape gives way to rugged coastline, and, as the plane flies closer, we glimpse the rippling waves glinting in the evening sun. In real life, I have not seen the ocean for five months and, although I’m just sitting in my kitchen watching a virtual presentation of a video game, I feel a surge of emotion.

When the latest instalment in Microsoft’s decades-old Flight Simulator series was first shown at the E3 video game event last year, it drew gasps from the audience. Using two petabytes of geographic data culled from Bing Maps, together with cutting-edge, machine learning algorithms running on the company’s Azure cloud computing network, the game presents a near-photorealistic depiction of the entire planet.

The statistics involved are mind-boggling: there are 37,000 airports in the game, 1.5bn buildings, 100m lakes, two trillion trees. Most cities are procedurally generated by the AI, based data from OpenStreetMap and an algorithm that provides architectural rulesets for the program to work from. It knows the types of buildings that dominate a French city and how they differ from those in an Indian equivalent, but the artists go in and add specific landmarks that locals and tourists will recognise. However, another 400 key cities have been closely replicated by hand, using detailed photogrammetry. Fly over Seattle, for example, and you’ll recognise almost every building.

This was impressive last year, but now, given the current pandemic, it feels genuinely wholesome. While watching the two-hour demo of the game given by its lead designers, I realised with a visceral lurch how much I missed visiting new places. Being able to zoom above rolling landscapes once again was almost a relief. In the past, Flight Simulator offered a super-technical, incredibly authentic flying experience to sim fanatics, and this edition does that, too – the cockpits, instrumentation and flight mechanics of dozens of planes are faithfully reproduced. But now it seems developer Asobo Studio has sought to capture the spiritual, emotional element of flight as well.

“Lockdown has had a big impact on us,” says project head Jorg Neumann. “To counteract it, last week I was playing in Suriname, the week before I was in Nepal. This week I’ll pick some other place on Earth to explore. I am able to visit the planet again now and that means a lot. The trailer that Sebastian Wloch showed during our presentation, it’s based near where he grew up in the Pyrenees. I love that! I want to go there and see it. I think that helps you relate to people.”

According to Neumann, this fascination with virtual travel is how Asobo came to be involved with Flight Simulator. “We were working on a HoloLens project called HoloTour – the whole point was that you could use AR to visit different places on Earth and we made Machu Picchu. I’d never been to South America and it felt so real. I said to myself, ‘Can we do this for the whole planet? I want to sit on that hill in Out of Africa and look out over the plains.’ I think we can do that now.”

After watching the demo, I wonder if it won’t be the big, grandstanding landmarks that will really get you but rather the quiet moments of natural beauty. Clouds are three-dimensional and volumetric, built from multiple layers that reflect light and cast shadows – they look plump and fluffy; meanwhile, the sea varies in colour depending on the mud and algae content, and the water is translucent and as you fly over. In some places, you’ll see coral reefs beneath the surface. There are full day/night cycles, too, and seasonal shifts utilising weather data supplied by Swiss specialist Meteoblue, so the conditions you encounter in the game are true to what the real world is experiencing in that moment. These forces combine to produce authentic weather effects – a fog rolling in from the sea, a storm gathering on the horizon. Get enough rain on a sunny day and the light is scattered through the droplets, causing the beams to reflect and refract. Flight Simulator, it turns out, is also a rainbow simulator.

These are the things we see when we’re flying over a landscape, or even travelling by train or car – the sky changing colour, the clouds forming, their shadows like dark handprints across the fields; the lights from distant cities twinkling like constellations and then fading away. These are the things I miss – these quiet moments, the Earth and I, in transit together.

And it seems the game is being partially designed for dreamy travellers like me, who perhaps don’t want to fully engage with the instrumentation panels of an Airbus A320, but do want to swoop through the clouds over the Italian alps or touch down somewhere in rural Ohio. Various autopilot functions can take over almost all the complexities of flying, allowing you to control your plane with a joypad alone. You choose an aircraft and then go wherever you want. In fact, select a small enough plane and you can land wherever you want, too.

“The Savage Cub has a very short landing distance,” says Wloch during our demo. “You can touch down anywhere on the planet. You can land north of the Golden Gate bridge, and you have this great view over downtown San Francisco. You can just sit there and enjoy the sunset. You can land in the desert, on a mountain, anywhere – these planes are great to explore countries, to discover the planet.”

Through its extraordinarily ambitious visualisation of the world, the latest title promises something more than a hardcore sim for flight fanatics: it promises to be a vast, gamified take on Google Earth, something that allows us to revisit nostalgic places and relive our memories. I will certainly fly along the Amalfi coast – the last place my family holidayed together while my father was still alive. I will follow the east coast of Australia where I went backpacking with a university friend. “Many of us on the team frequently visit places that mean something to us,” says Neumann. “We hear the same things from the Alpha audience, many of whom send us pictures of places that have special meaning to them.” For added immersion, there is even VR support coming, at first just for HP’s Reverb GT headset, but later for Oculus and other devices.

Right now, a lot of us feel like we’re trapped. News footage shows gridlocked roads leading to coastal getaways and beaches crammed with people, and these images are loaded with anxiety. People need to get away, but should they? The idea of travel as a form of freedom has been soiled – there’s something paranoid in it. During this time of uncertainty, a game that offers the sense of travel, the idea of a route, a view, a destination, seems almost therapeutic.

When I put this to Neumann he nods in recognition. “I’ve been sitting in this house since March. It feels like the world is kind of collapsing,” he says. “I won’t say the timing is fortuitous because it’s terrible what is going on. But maybe Flight Simulator will be helpful, maybe it will be soothing … The world is still out there.” That is something, I think, that we all need help remembering.

• Flight Simulator is available on PC from 18 August, and on Xbox One at a later date.

This article contains affiliate links, which means we may earn a small commission if a reader clicks through and makes a purchase. All our journalism is independent and is in no way influenced by any advertiser or commercial initiative. By clicking on an affiliate link, you accept that third-party cookies will be set. More information.

7 of Monica Bellucci's most iconic outfits

Tue Aug 11 , 2020
Photo by Patrick AVENTURIER/Gamma-Rapho via Getty Images. A screen siren like Monica Bellucci only comes around once in a lifetime. In the tradition of Frederico Fellini’s femme fatales and Michelangelo Antonioni’s brooding bombshells, Bellucci burst onto the Italian film scene in the early 90s with her bellissima looks — she […] 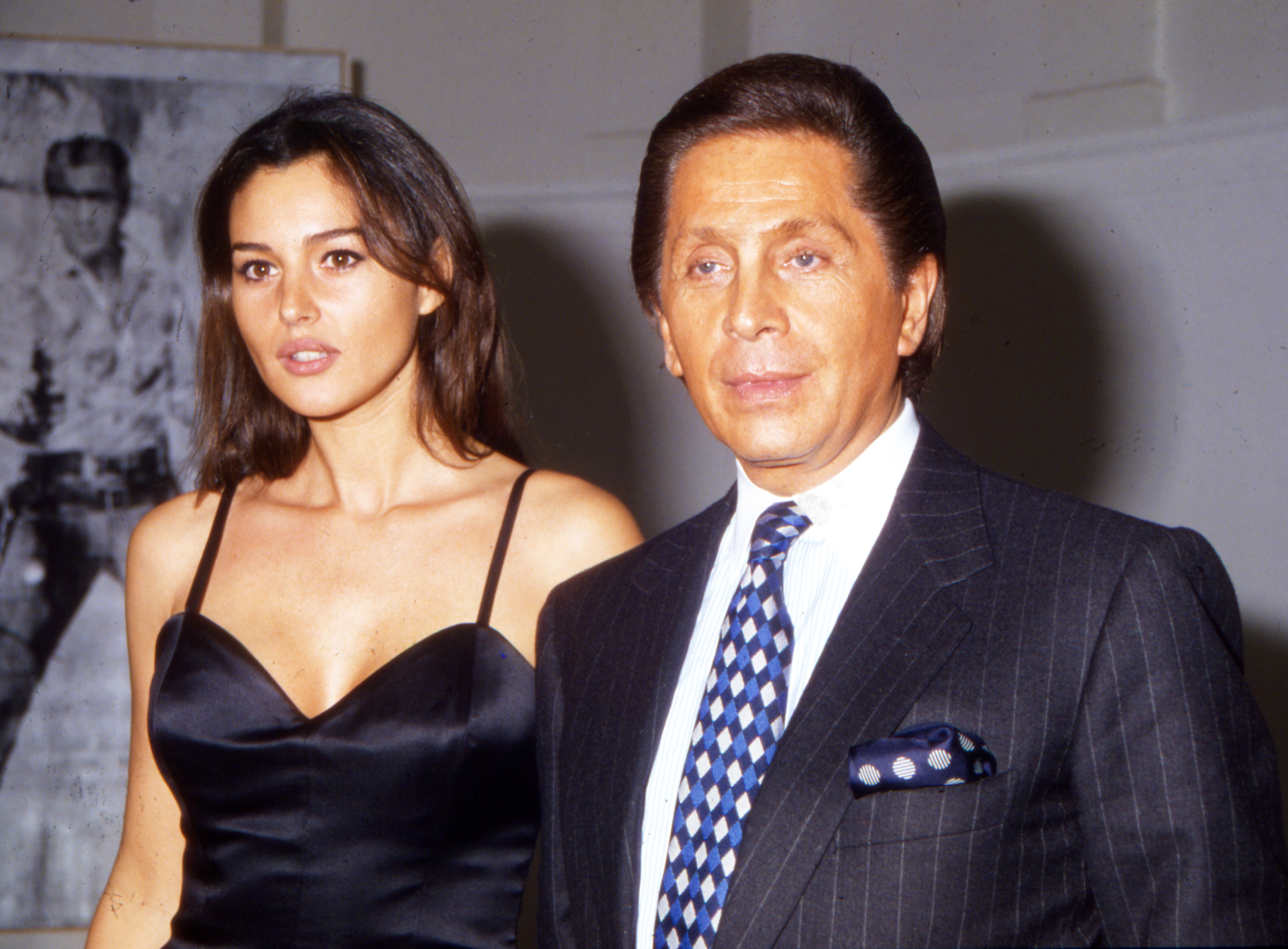