I was impressed by the diversity of media used, topics tackled and different approaches used to portraying messages about sustainability and the current and future risks to planet earth.

“The sustainability agenda has never been more important and the exhibition highlights students’ hopes and fears about the future, while also showcasing their enormous creativity and innovation,”
Alex Burghart, former Parliamentary Under Secretary of State at the Department for Education – who launched the exhibition.

As I began to look at the art it struck me that there’s a bit of a gulf beginning to open up between art created by younger people – who are focused on things which matter a lot to them – and artwork by much older people in other exhibitions where the artwork seems to be more traditional and very often demonstrates little interest in topical issues.

My favourites included the following. 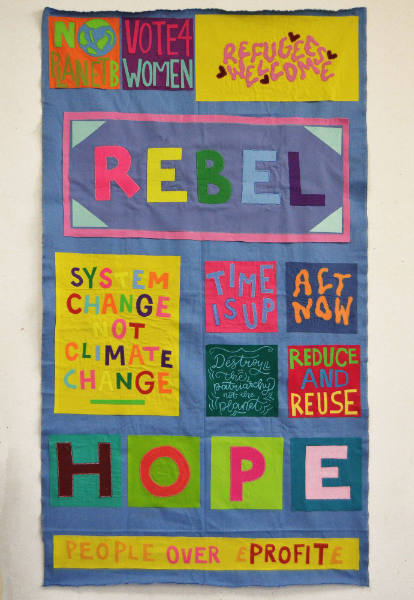 I particularly liked the use of the textile art and its use of various messages addressing many different aspects of contemporary life and issues of concern and the designs she used to catch attention.

I liked his sophisticated approach involving: 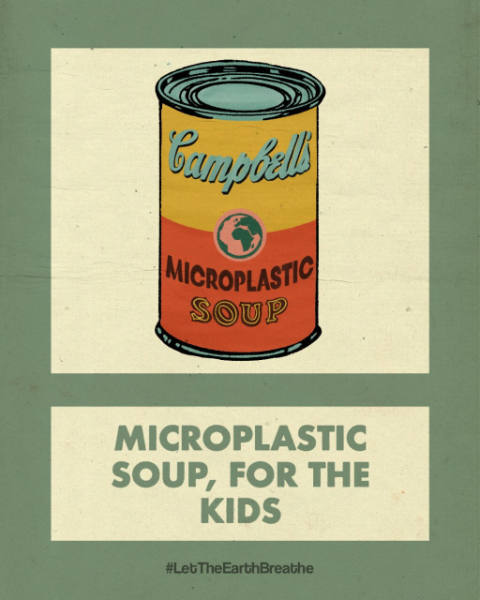 Echoes of Andy Warhol – but with a sharper message. I liked the very simple design with the seductive colour palette which turns out to be “in your face” when it comes to messaging. Eugene already has a very impressive Linked In profile. 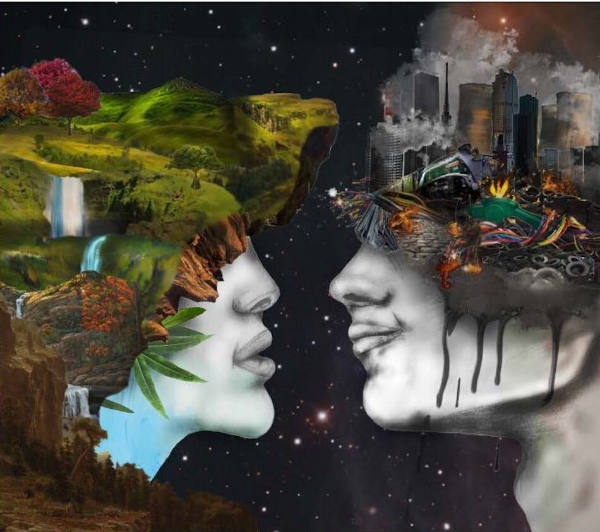 This appear to be a mix of a drawing and a photographic collage of some well chosen images – which when combined in a clever composition provide an arresting image. I found her saying this about the artwork on her College’s Facebook Page

“This piece is about Mother Nature versus mankind and reflects how the balance needs to be found to stop doing damage to our planet.” Trinity Fairman

Bill Watkin, chief executive of the Sixth Form Colleges Association (SFCA) – which is the established voice of dedicated sixth form education and the hub of a national network of sixth form providers – commented


“This online exhibition is also a way of celebrating the arts and recognising excellence in sixth form colleges. It is imperative that we keep the arts in education secure and flourishing. If young people are to make a truly valuable contribution to society, even if they are to be successful scientists, engineers, doctors and technicians, they need to develop their creative skills, their artistic sensitivities and their ability to interact with others.”

You can see the exhibition online until 12th August 2022.

How to keep your kids safe in the car