A Georgia businessman has been charged with hoarding 200,000 face masks that he bought from a foreign country and selling them for twice as much as he paid on his baby clothing website, according to the Department of Justice.

The man, Milton Ayimadu, 22, allegedly bought the masks from an unnamed foreign country for $2.50 each. He sold the masks for $5.00 each through his website, babypuupu.com, which also sells baby clothing and accessories, according to a news release from the U.S. Attorney’s Office in the Northern District of Georgia.

Mr. Ayimadu, of Stockbridge, Ga., was arraigned on Thursday and charged with two violations of the Defense Production Act of 1950, a Korean War-era law intended to prevent hoarding and price gouging, among other things. The charging documents were not available from the U.S. attorney’s office on Friday evening.

According to the U.S. attorney’s office, Mr. Ayimadu “priced his masks in excess of prevailing market prices to maximize his profits to the detriment of consumers desperate for personal protective equipment during the Covid-19 pandemic” while other manufacturers continued selling masks for under $2.00 per mask.

Mr. Ayimadu did not immediately respond to requests sent to babypuupu.com for an interview on Friday evening. It was unclear whether he has a lawyer.

In March, President Trump invoked the powers of the Defense Production Act, a law that includes the authority to compel companies to manufacture items and also makes it illegal to sell materials that are designated as scarce for more than their market value. Medical items, including face masks, have been considered scarce since late March.

Since the law was invoked in March, 11 cases have been brought under the act, according to a spokesman for Craig Carpenito, the U.S. attorney in New Jersey, who heads the Covid-19 Hoarding and Price Gouging Task Force.

“Hoarding and price gouging, in particular, have inhibited front-line health care professionals, essential workers, and the public from acquiring the supplies they need to protect themselves from contracting the virus,” Mr. Carpenito said during a June hearing about coronavirus fraud.

“Hospitals, first responders, and retail consumers have been targeted by individuals who view the scarcity of critical medical materials as a path to get rich quick,” he continued. “This conduct has disrupted our supply chains and markets, and jeopardized the safety of our communities.”

Federal and state authorities have also targeted hoarding and price gouging, in addition to the cases brought under the Defense Production Act.

In March, the authorities seized nearly a million medical-grade masks and gloves from a man in Brooklyn, who was charged with lying to federal agents about price gouging. Later, two men were charged with conspiracy to commit wire fraud after they allegedly attempted to sell empty boxes labeled as if they had masks for $4 million. And two Tennessee brothers, who were criticized after they bought 17,700 bottles of hand sanitizer and resold some on Amazon, donated their stockpile to avoid paying a fine.

Tue Aug 11 , 2020
“I followed the smoke until I reached the port of Beirut,” he told CNN Arabic, explaining that “professional intuition” took him to Al Roum hospital, in the Ashrafieh district. The area has been left devastated by the blast. What he saw there was remarkable. “I was amazed when I saw […] 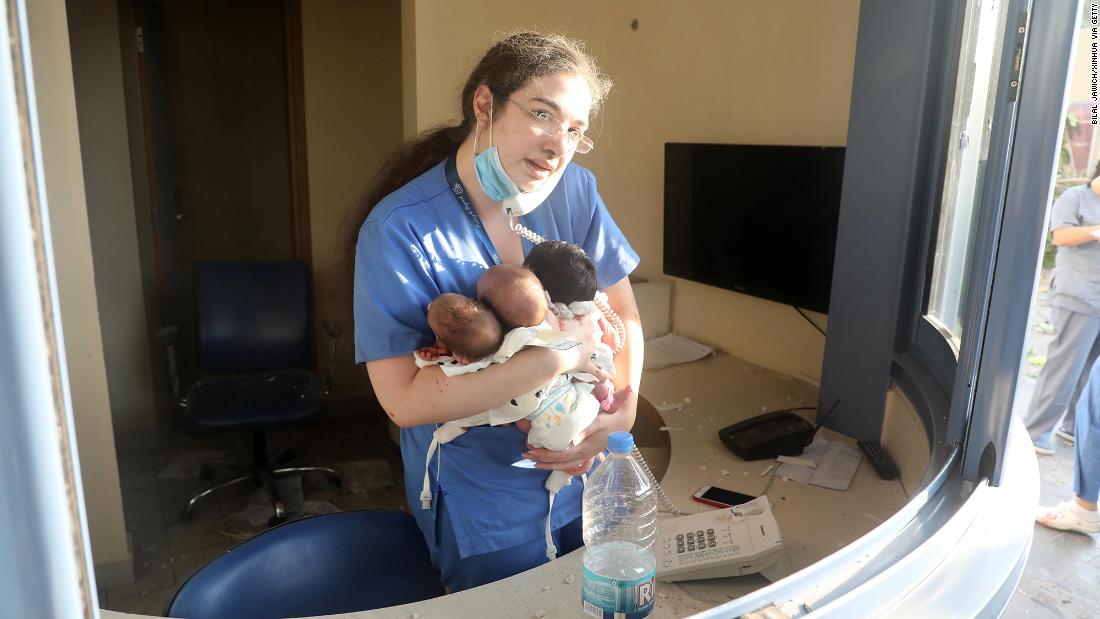